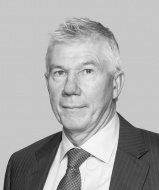 Kevin started his career in commercial real estate in 1985 with Fletcher Challenge following a period studying accountancy and operating his own commercial cleaning company. Initially, his work involved managing shopping centres and office buildings. Later he had responsibility for the sale of the company's South Island real estate assets.

With a desire to be more actively involved in the cut and thrust of the commercial property market, Kevin left Fletchers in 1987, a month before the sharemarket crash, joining international real estate company Knight Frank, initially in the CBD office leasing market.

Commercial property values dropped in the following months as the amount of vacant office space reached an all-time high. By way of an example, a tenant seeking office space in the 300 to 450 square metre range would have had in excess of 100 options available to them and, in some cases, more than six in the same building.

These were tough times for everybody involved in the Wellington CBD office market but, at the same time, it was a huge learning exercise. Kevin gained a greater understanding of commercial real estate and honed his negotiating skills.

After 5 years, Kevin moved to Bayleys specialising in sales and became one of that company’s leading commercial real estate agents.

Wanting to do his own thing, he formed Kevin Dee Realty Limited in 1997 specialising in selling and leasing industrial real estate and in later years expanding into retail leasing. These were very enjoyable and successful years for Kevin, however, as the business grew, he found increasingly he was spending his time on administration and managing staff. In 2018, he decided to close the business and join Wellington's fastest-growing commercial real estate company Gollins Commercial. This move has enabled him to return to what he enjoys most – selling and leasing real estate on behalf of existing and new clients.

Kevin is a firm believer in giving back to his community. He supports the Lower Hutt Community Foodbank and has been a guide dog sponsor for over two decades. In 2019, together with his wife Angie, he donated the roof for the new Te Omanga Hospice in Lower Hutt. 4Picture(s)
5,505m²
Available either together or individually, 31a & 33b Thomas Neal Crescent represent an excellent opportunity to secure some of the last remaining Trentham industrial land. With titles having already been issued, all that awaits is consent and construction.Trentham is currently experiencing a boom, with a local authority positively disposed to economic growth. 16Picture(s)
1,108m²
Located just 4 minutes from SH2 and 6 minutes from Haywards SH56 (Transmission Gully).  This property is suitable for a wide range of uses including storage, manufacturing and workshop appealing to service and distribution businesses with a labour force on your doorstep.Assessed at 70% NBS.Will sell at well below replacement cost.Multiple entrances - two bays - could be split. 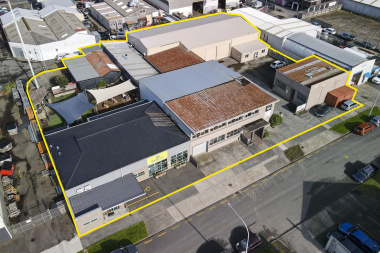 20Picture(s)
1,941m²
A very rare opportunity for astute investors to secure seven tenancies over eight buildings on three freehold Titles.The property is anchored by a childcare centre which has a lease to June 2028, plus rights of renewal. This is supported by local and national tenants including St John Ambulance, The Wellington Museums Trust, Panpac Distributors and SGB Construction. Be seen! Be successful!

7Picture(s)
504m²
With a large glass frontage onto High Street, you will be seen by all.The local landlord is flexible on lease terms, understands retailing and will work with you creating a 'win-win' situation.If it's too large for your current requirements, the landlord will split or potentially do a deal - so as your business grows you can take on more space.Key Benefits:Floor to ceiling glass. 5Picture(s)
2,750m²
This property has a history of housing food-grade operators, with recent occupiers including Goodman Fielder and My Food Bag.Located at the end of the Cashew Street cul-de-sac, the subject tenancy sits at the rear of the site, with good truck access into an exclusive yard/car parking area. The building is accessed through two roller doors (one being full size and the other being smaller). WOW this is fantastic space

10Picture(s)
1,143m²
High stud, plenty of natural light, two roller doors, carparking-container drop off area and not an overkill of offices or amenities.Looking for efficient warehouse space this is the one.

19Picture(s)
9,310m²
A whopping 8,814m² of warehousing has come available in ‘The Hub’ – Seaview’s largest industrial complex.There are various options available, all interconnected.

19Picture(s)
7,214m²
Two warehouse areas connected in a 'L' shape with access via a large canopy.The office area is very smart, and mostly open-plan, looking over Seaview Marina.Some of the racking could potentially be made available to the new occupier.This space can be split, or more space can be added, so enquire today to see what your options are.Features:200m² canopyHigh standard of offices4.62-7.

A Hub of Activity

8Picture(s)
2,096m²
Part of 'The Hub', this space offers three bays of warehousing with a small office/amenity block. Access is by way of a large sheltered common area (see second photo).The Hub is renowned for housing quality transport and logistics companies, with current occupiers including Linfox, Toll Logistics, PBT Transport and Jets Transport.

7Picture(s)
1,261m²
This property is unmissable as you drive through Ngauranga on State Highway 1 towards Wellington City.It’s the ideal site for large format retailers wanting big exposure and easy access to plenty of car parks.Features:High profile location next to motorwayHigh stud 3.
11 Results returned.Per Page